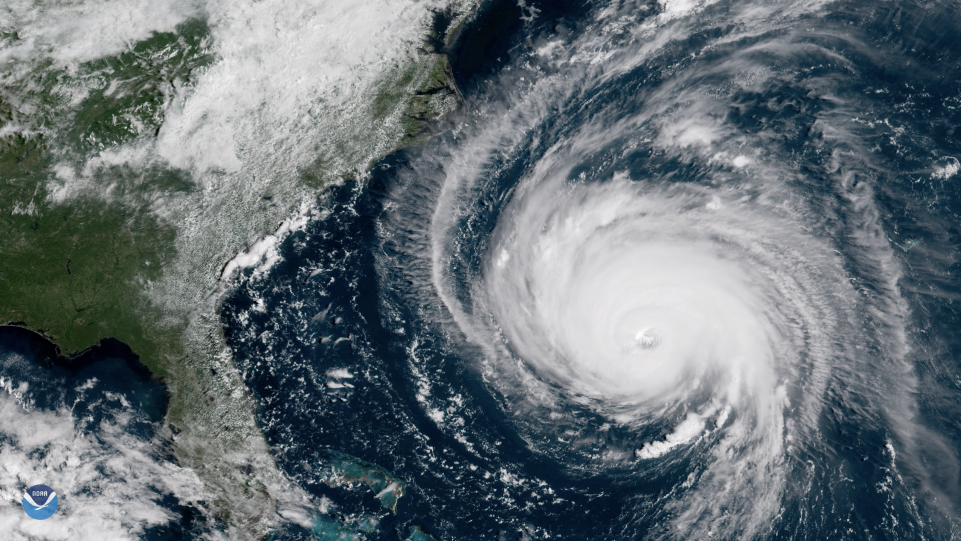 Hurricanes, severe weather, and flooding are becoming ever-increasing threats in coastal areas around the United States. On the Outer Banks and in eastern North Carolina, residents are experiencing these threats first-hand as severe storms and extreme weather events are occurring with more frequency and intensity; and often, they cannot or will not evacuate. But why do they stay? How are they affected? What actions can government agencies and individuals take to prevent such disaster or reduce reaction time? These were all questions asked and discussed at ECU’s inaugural HurriCon in February, 2020, and as the 2020 hurricane season approaches, they are increasingly on the minds of many.

HurriCon, an interdisciplinary, National Science Foundation (NSF)- funded conference, was organized by Dr. Jamie Kruse and Dr. Donna Kain, Director and Assistant Director at the ECU Center for Natural Hazards Research. Over two days, researchers and stakeholders from across the nation gathered in Greenville to discuss and present their work focused on hurricanes, severe weather, coastal flooding, and other related issues.

Dr. Cindy Grace-McCaskey presented her work to an audience of professionals and students at HurriCon this February.

The town of Princeville is extremely threatened by severe flooding. Yet time after time, the residents choose to stay. Photo courtesy of Mel Nathanson, 1999 News & Observer File Photo.

Among the presenters at HurriCon was Dr. Cindy Grace-McCaskey, Assistant Scientist with the Coastal Studies Institute and ECU Assistant Professor in the Department of Anthropology. Her work focused on Princeville, North Carolina, the oldest town incorporated by blacks in the nation, and one that faces a pervasive flooding issue. Flood after flood, the residents of Princeville have made the decision to stay, and the oral histories Grace-McCaskey and ECU students have collected give a hint as to why. Her research examines the often-complex meaning of resiliency, and what it means for the Princeville community. Working collaboratively with town officials and residents, the team looks to the past to determine what can be learned and looks to the future to define what resiliency may look like for them. And, while many may look at the community and think to themselves, “Wow, they are a resilient people”, the people of Princeville see their situation as a matter of community survival. Not only is the town their physical home; many of the residents have a long family history in the area and can trace their roots back to the town’s founding. This family legacy makes many Princeville residents feel that they cannot just up and leave. They are proud of where they come from and will stick with it for as long as it is possible. As Princeville Mayor Pro Tem Linda Joyner said regarding the town’s founders, “Because of their resilience, because of their bravery, today we live in Princeville, North Carolina, in the United States of America, the oldest town chartered by free slaves.  And that I’m so proud of.  And then for somebody to say to me, ‘Why don’t you guys just leave?’ So what you’re asking me to do is to give up what our ancestors went through— blood, sweat and tears— so that I could live here?  You’re asking me to say, ‘Fine then.’ I can’t do that.  I don’t want to do that.”

As this quote, and those below which can be heard below, demonstrate, it is important to understand community members’ perspectives when considering what measures can be taken and could realistically work to reduce the most risk to the town and its people- a point which was echoed across the scientific community of HurriCon participants through many of the sessions. At the conference, posters, discussion panels, and breakout sessions, helped to spark meaningful conversations which fostered ideas that storm preparation, emergency management, and disaster response can and should have a multi-directional approach, including computer modeling, psychological studies, resource readiness, and risk-hazard communication. Hopefully these ideas can and will be turned into action sooner rather than later.