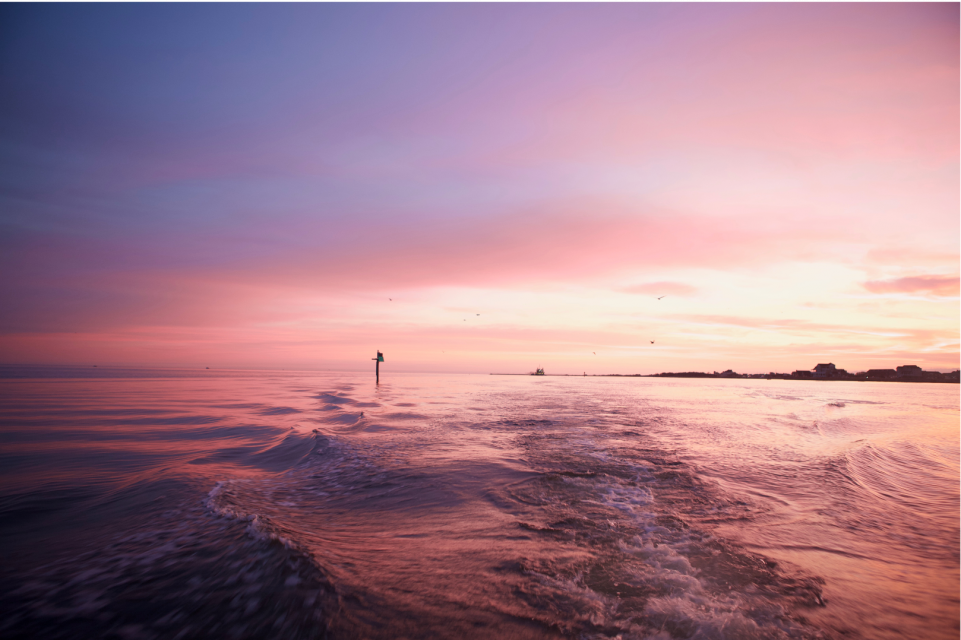 The search for renewable energy sources is something becoming increasingly more mainstream, and for several years now the North Carolina Renewable Ocean Energy Program has been leading efforts to investigate the Gulf Stream off of Cape Hatteras, North Carolina, as a potential energy source. While studies that focus on that area have made great progress, there are currently no specific proposals for marine renewable energy (MRE) device installations. However, that has not stopped one Coastal Studies Institute researcher from investigating the human dimensions – the human values, behaviors, actions, communities, and institutions that influence and are influenced by natural systems and resources- of such projects.

Dr. Linda D’Anna is in the midst of a study with local stakeholders which will help her to assess the social licensing of MRE generation off the NC coast. In other words, she wants to explore the social acceptability of using ocean waves, currents, and space to generate energy. Social acceptance of a project or idea which uses resources as never before is often a product of the fit between place and technology. In this case, D’Anna poses the question, “Is the use of the ocean to generate energy a good match with the ecological, economic, and social values of the Outer Banks?”.

D’Anna and her colleagues are currently investigating the variable of place, identifying key themes surrounding attitudes about place and ocean on the Outer Banks in the things local people have said over the years in oral histories, newspaper coverage, and interviews from previous projects and then selecting from these a set of representative statements that reflect local values. These statements were then ranked by 42 people across diverse stakeholder groups within the Outer Banks community according to how they think about this place.  These community members were originally identified due to a particular interest, such as their jobs or a specific part of their livelihoods, however after conducting interviews, D’Anna found that interviewees often fell into more than one stakeholder group. 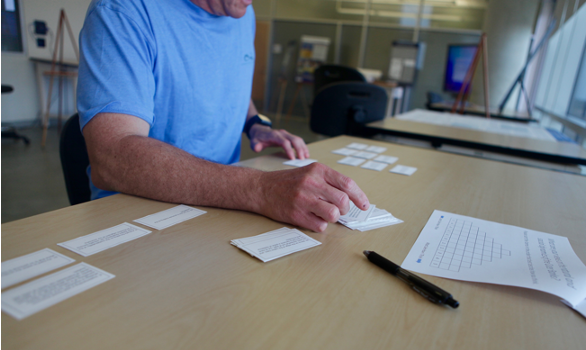 She says, “People in the Outer Banks are not often just one thing, they hold many interests, and I decided not to fight that by trying to fit each person into one category.”  D’Anna continued, “When we analyze all of the sortings, we’re looking to see how many different value perspectives there are about this place – what those perspectives are about, how they overlap and differ. Information like this can offer guidance on how to generate and maintain a local social license for new uses of ocean and coastal resources by aligning with local place values.”

Through her research, D’Anna has learned that she loves listening to people’s stories. D’Anna elaborates, “one of my favorite things about my work is that when I conduct interviews to collect data, that act of interviewing means getting to listen to people – listen to their stories and listen to their experiences. Their stories are all different and unique, but they’re all also very human, and it’s amazing how many common threads there are among them.” For this particular project, it is especially important that community values are taken into account. With no energy device installations currently in the works, D’Anna describes this part of the research project as “a precursor to any such potential installations – research that could inform what and how an MRE development might happen.” Emerging themes from the study indicate the community had important value perspectives centered around ecosystems and wildlife, heritage and tradition, and economic development. While none she interviewed expressed negative opinions about MRE, she expects the public judgments of specific MRE proposals will take into account the fit of place and MRE technology. D’Anna hopes that her research will indicate things about the first half of the fit relationship and highlight what is important about place and the ocean for the Outer Banks community.