Our “lab” is truly the ocean. Most of our efforts to understand ocean processes rely on extensive ocean observations that we make with several different types of instruments. We have experience integrating, deploying, maintaining, and recovering many different types of observing systems and marine hydrokinetic energy harvesting devices; analyzing oceanographic observations; instructing students; and managing field projects with faculty, graduate students, and private industry partners. 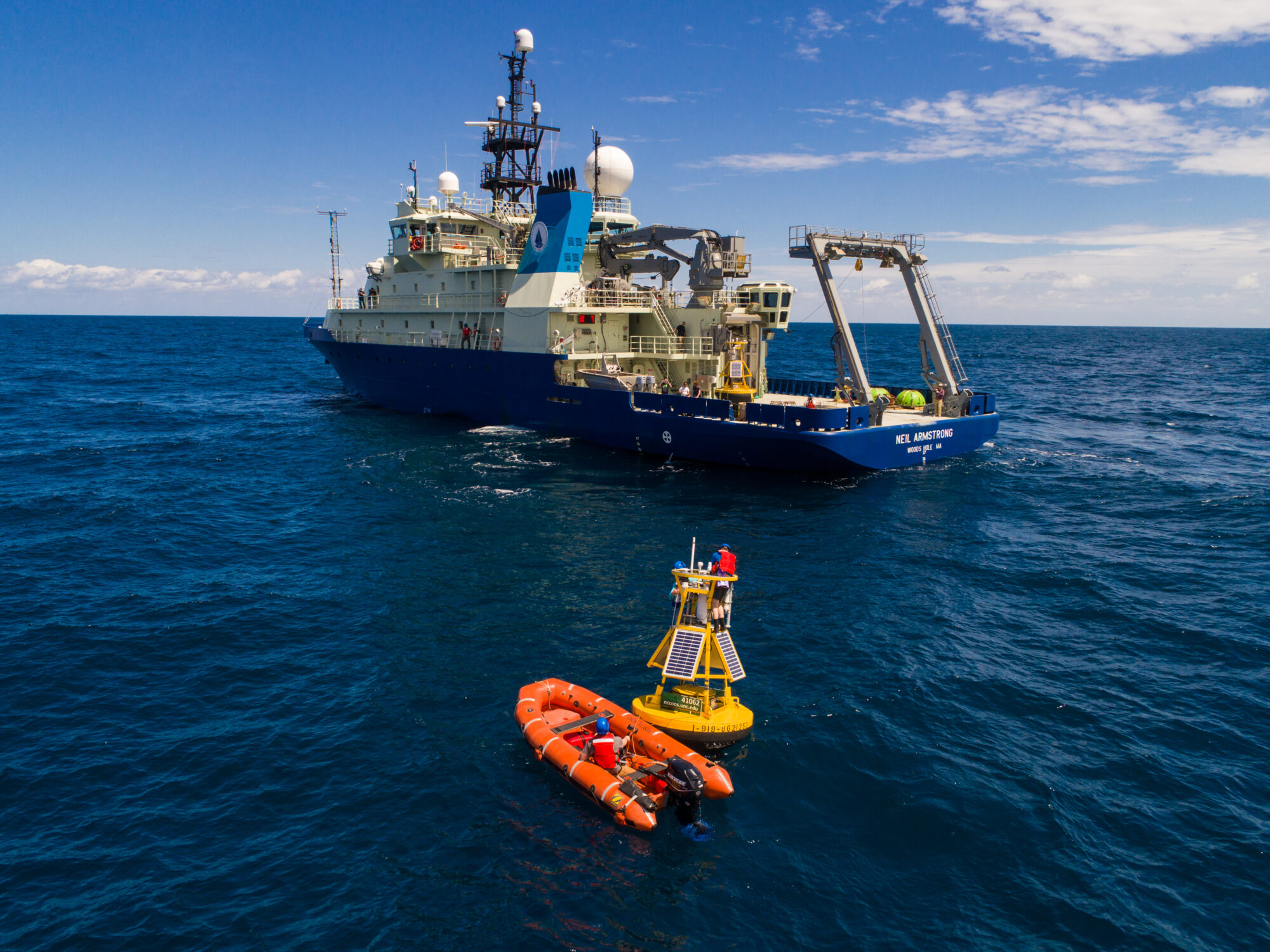 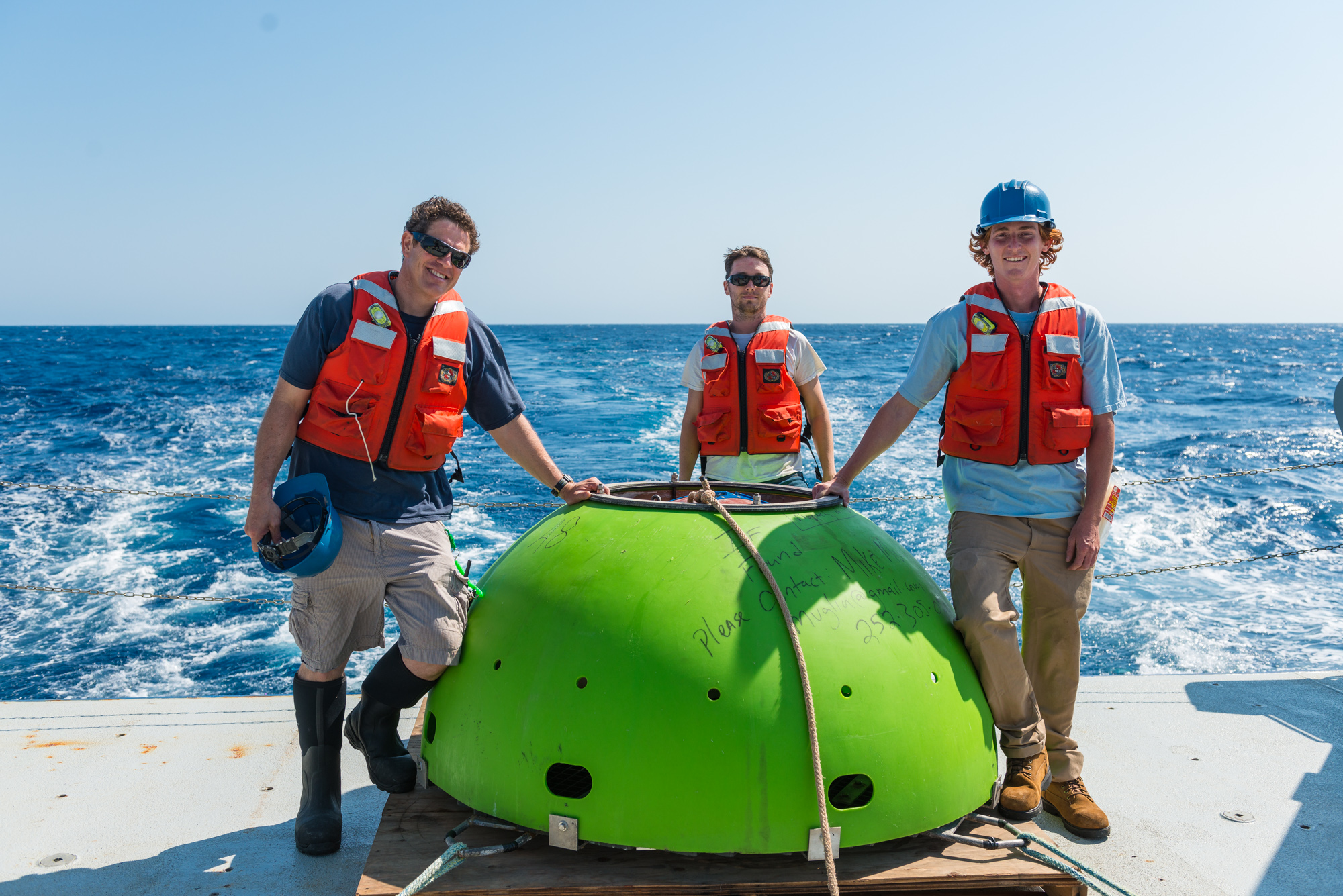 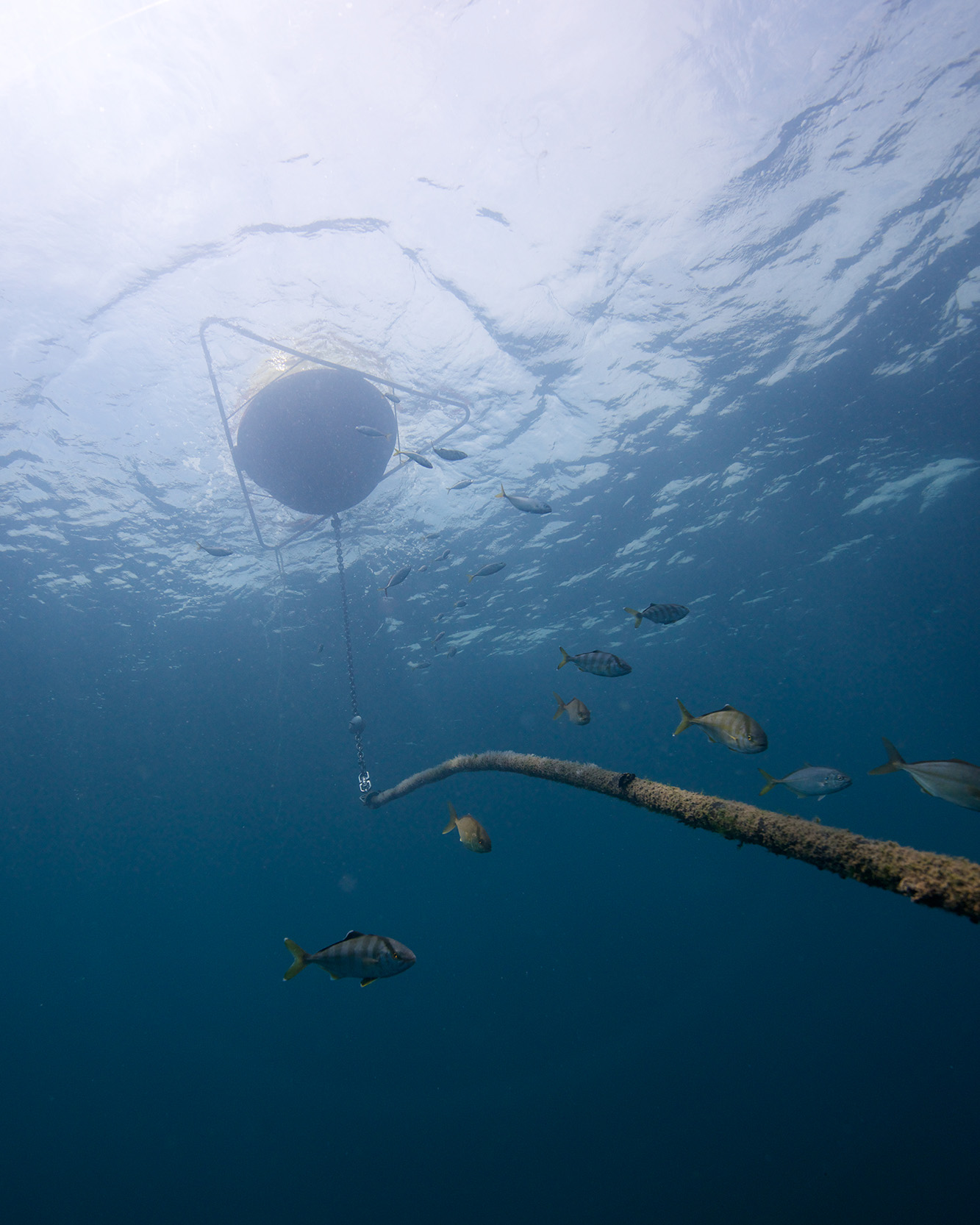 The convergence of several different distinct water masses and shelf to deep ocean exchanges that occur at Cape Hatteras make it one of the most exciting places on earth to do oceanographic research. On the shelf, Mid Atlantic Bight (MAB) and South Atlantic Bight  (SAB) waters meet resulting in cross-isobath transport offshore, where the shelf water meets water from the Shelfbreak Jet, Slope Sea, and Gulf Stream. Cape Hatteras is also where the Deep Western Boundary Current passes beneath the Gulf Stream. The complex dance that results from this confluence presents several captivating questions. How do Gulf Stream position changes and meander dynamics influence shelf processes? Do changes in Western Boundary Current transport influence the Gulf Stream? What role does this convergence play in shelf/deep ocean exchange and carbon sequestration?  Our lab is involved in a large collaborative effort to address some of these questions funded by the National Science Foundation called the Processes driving Exchange At Cape Hatteras or PEACH.

The successful development of renewable ocean energy solutions demands collaborative efforts between several different disciplines. Much of our lab’s success in this emerging research realm can be attributed to the immense talent of our collaborators and our successful communication across disciplines. We work with biologists, social scientists, engineers, economists, oceanographers, and even lawyers from academia, local, state, and federal government entities, and private industry. We are involved in several funded renewable ocean energy efforts including the Waves To Water competition to develop efficient wave-powered desalination devices, underwater ocean, and tidal inlet kite energy generator development with both onboard turbines and spool in/spool out winch energy production, and the integration of several of our NC renewable ocean energy research endeavors into a synergistic ocean prototype at Jennette’s Pier.

A new research avenue we are currently pursuing is a better understanding of the evolution of the nearshore waves off of the Outer Banks using the expanding network of spectral wave observations maintained by our lab. We recently provided oversight to NCSU Ph.D. student James Reed to do a statistical analysis of the wave observations from the Oregon Inlet Buoy. The analysis provided information about wave orbital velocities off our coast for the development of a current energy harvesting underwater kite.

A side project of mine is to apply my oceanographic knowledge to growing a recent spin-off company with my colleagues at NCSU called Fathom Science.

The CSI Board of Directors consists of professionals with strong backgrounds in coastal issues including research, development, outreach, education, and policies that affect coastal communities. The Board promotes the UNC System’s mission in helping it serve the people of North Carolina at a high level of excellence in every area of endeavor at the Coastal Studies Institute. The Board meets twice a year to discuss the projects and progress of CSI.