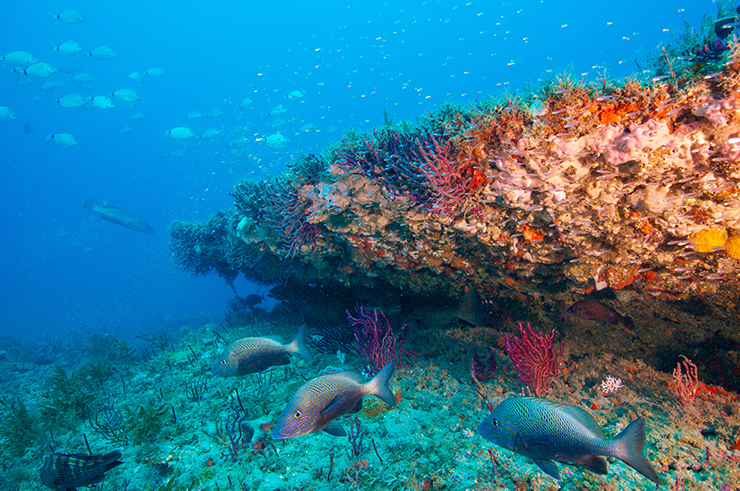 Island nations are increasingly facing threats from large storm events such as hurricanes and cyclones. Often these small island developing nations include communities with a large number of poor and vulnerable people who are more susceptible to the impacts and damage from high waves and flooding. Many of these communities are surrounded by coral reefs that provide great value and a wide range of ecosystem services while acting as a crucial ‘first line of defense’ for coastal communities during hurricanes. Sitting offshore, underwater, and out of sight, these critical – and threatened – ecosystems are among the most effective means of protecting communities behind them.

In a recent report, ECU’s Dr. Nadine Heck worked with colleagues at the University of California Santa Cruz and The Nature Conservancy to quantify the benefits of coral reefs to vulnerable coastal populations in three Caribbean nations: Jamaica, Grenada, and the Dominican Republic. Heck combined data on the effects of reefs on stormwater levels with global and national datasets of population and poverty to create spatially explicit maps showing where coral reefs provide flood risk reduction to populations living in poverty. Their findings show that coral reefs reduce flood damages by $146 M every year across the three countries and protect over 200,000 people living on less than $15 per day. The study also identifies the value of coral reefs for additional ecosystem services including fisheries, tourism, and biodiversity conservation, thus reinforcing the value of coral reefs for the well-being of coastal communities for a variety of reasons.

You can read the full report here.