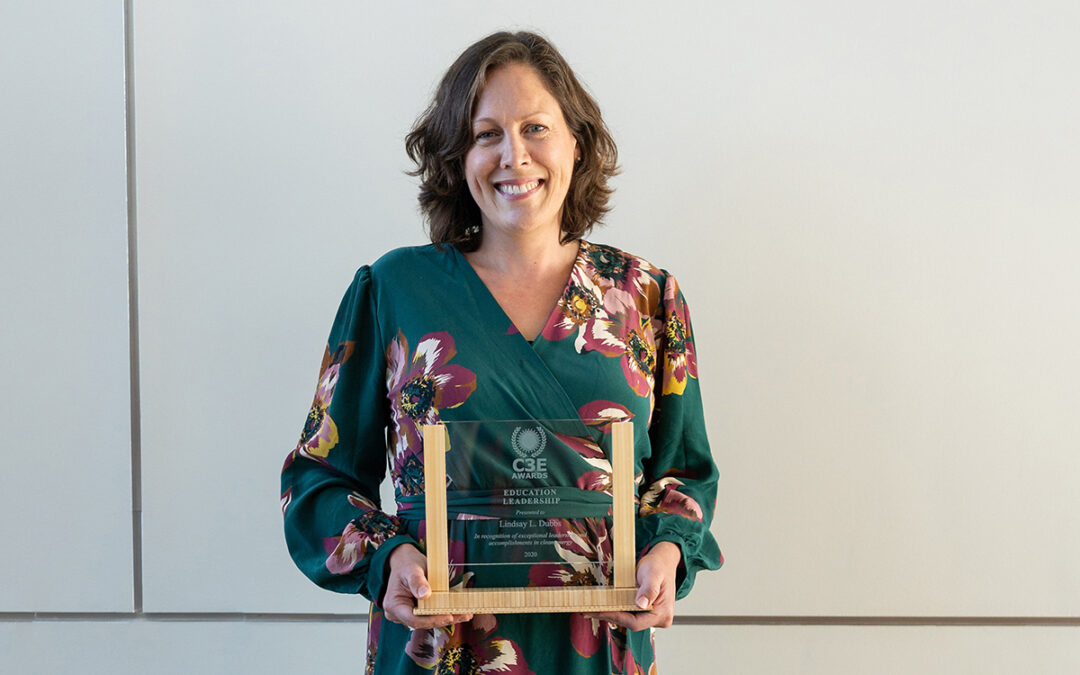 It is no doubt that Dr. Lindsay Dubbs has been an integral part of the Coastal Studies Institute since joining the team in 2012. She is now the Co-director of the UNC Institute for the Environment’s Outer Banks Field Site (OBXFS) hosted by CSI, and the Associate Director of the North Carolina Renewable Ocean Energy Program; but even in her earliest role as an ecology lecturer for OBXFS, it was clear that Dubbs had a passion for environmental research and education. Thus, it comes as no surprise that she has been named as one of nine women recognized to receive the U.S. Department of Energy’s (DOE) U.S. Clean Energy Education & Empowerment (C3E) Initiative Award.

The C3E Initiative is led by the DOE since 2012 in collaboration with the MIT Energy Initiative, Stanford Energy, and the Texas A&M Energy Institute with the goal of “closing the gender gap and increasing participation, leadership, and success of women in clean energy fields.” Dubbs will be honored with the C3E Education Award for her efforts “on the front lines of education in a field that is critical to energy transition” at the Ninth Annual U.S. C3E Women in Clean Energy Symposium later in December.

In response to the news which broke Tuesday, ECU Integrated Coastal Programs Dean and CSI Executive Director Reide Corbett stated, “I am thrilled, but not surprised, that the Department of Energy has recognized Dr. Dubbs’ hard work, important accomplishments, and continued dedication toward education and the integration of her own renewable energy research into many aspects of her teaching.  CSI is lucky to have such an enthusiastic and passionate educator helping lead academic programming and renewable energy research on our campus.  Lindsay’s enthusiasm and endless energy are infectious and I, personally, appreciate her commitment to her students each and every year!  I can’t think of a more qualified and deserving recipient of this important award.”